The Eagles of Kachemak Bay, Alaska

As I unpack my gear and settle back in to temperatures in the mid 70's I can still hear the eagles of Kachemak Bay calling out.  This trip, as my good friend Chris would say, was EPIC!  In the past every time I've been to Alaska I have been extremely comfortable no matter what time of year.  I have always had amazing sightings: Bear, Moose, Fox...everything, you name it I saw it!  This trip WAS epic...it was also different from all of my other trips to Alaska since this was the first time I actually visited in person as opposed to just watching nature shows about Alaska on t.v. from the comfort of my couch.

I flew into Anchorage and drove around Turnagain arm a bit looking for large ice formations and ice climbers to photograph. It was not to be, while my hometown of Boston broke records for snowfall, Alaska was having an unseasonably warm winter (it was still in the teens most of my trip).  No large 'other worldly' ice formations, no ice climbers, no Moose sightings (the Moose didn't need to travel down from elevation to look for food since their food source was not covered in feet of snow).  No Dall Sheep to photograph, death defyingly moving about on the tiny footholds of sheer cliffs.

It was a beautiful 5 hour drive from Anchorage to Homer and I did spy some Eagles in Cooper Landing waiting to pick off some unsuspecting waterfowl.  I also spotted lots of meadows where I fully expected to see a Great Grey Owl...it was not to be.  I arrived at the Land's End Hotel in Homer and soon spotted Eagles all over town, not necessarily the best of photographic opportunities with Eagles perched on telephone poles etc...that was soon about to change.

Heading out with Chris Dodds and his Captain, his Captain's son and the rest of our group, we headed across the bay to various secret locations throughout the week and Chris came through, creating some amazing photographic opportunities. The Eagles of Kachemak Bay congregate in this area due to the fact that the lakes of their 'home territories'  are frozen over.  They assemble at this location to feast on the waterfowl that congregate here as well as for the fish in the bay. Chris has this workshop set up over five days typically with two shooting sessions per day, one in early am and one in late afternoon.  We were able to get across the bay several times, but had to miss a few sessions due to high seas and dangerous conditions...not that we didn't try (we had to turn the boat around once after encountering 8-10 foot swells in our small craft).  I came away with about 6,000 pictures to sort through and had far more 'keepers' than I anticipated. Check out the gallery here. 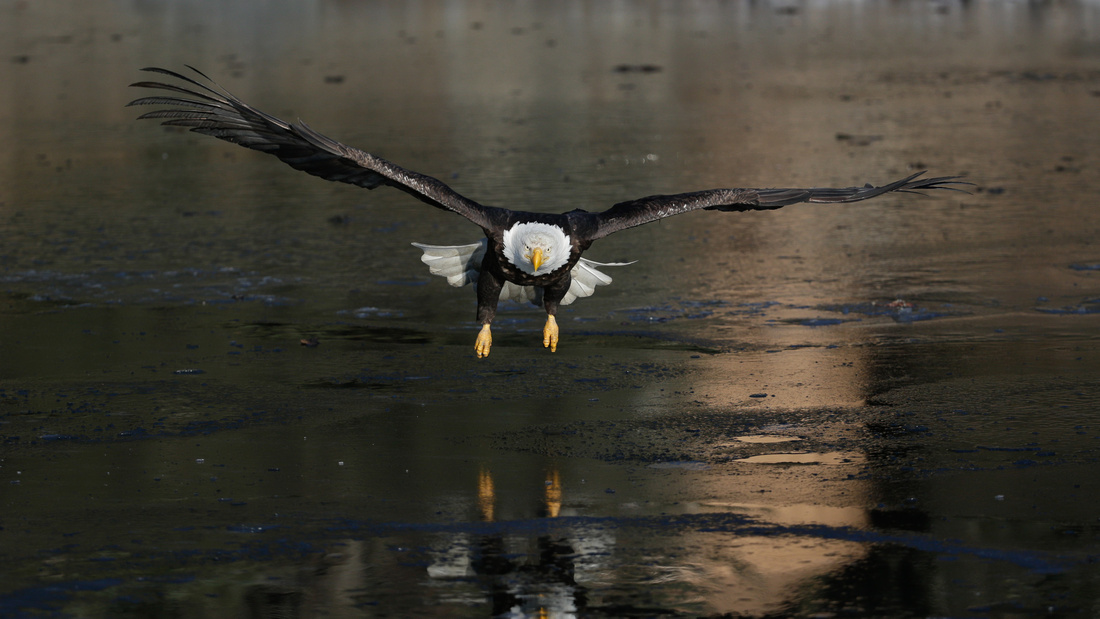